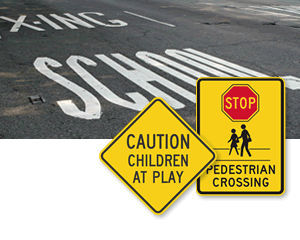 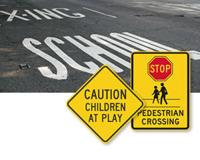 Glen Burnie, MD (Arundel.News & AAFA)-Updated 9/14- In an update to a case reported on by Arundel.News, based off information from Anne Arundel County Police, a video showing the entire incident is clarifying what happened. It happened on a Glen Burnie street as a crossing guard blocked traffic. According to a public release of information from the Anne Arundel County Police last week, Joseph Hernandez of Glen Burnie, was charged with using his vehicle to strike a crossing guard. The woman, referred to as the "victim" told police that Hernandez struck her leg with his vehicle before fleeing from the intersection of Shetland Road and Tam O Shanter Glen on 9/9/21. Hernandez was subsequently charged and Anne Arundel County police put out a standard press release with all the pertinent information. Arundel.News published the information provided by that release. Following our report, citizens came forward with a video from a home surveillance camera that happened to be filming as the incident unfolded. In the two and a half minute video provided exclusively to Arundel.News, the crossing guard is seen stopping traffic at the intersection. At one point three children were crossed by the guard. The remaining video shows the guard walking back and forth in the crosswalk, despite the fact that no children were in need of crossing. One adult did use the crosswalk during the time traffic was already stopped in the gridlock around the school.
The footage shows that an Anne Arundel County Police officer is sitting at that same intersection with cruiser lights activated during the interaction between the driver and the crossing guard. That officer can be seen in the video approaching Hernandez's open driver side window twice. At one point the crossing guard also approaches Hernandez's driver side window during the interaction with the cop. An inaudible verbal dispute may have occurred by the reactions of bystanders who can be seen stopping on the corner to listen to that exchange. The video then shows the officer crossing the street while the crossing guard returns to the crosswalk.. Hernandez's vehicle is then seen driving around the crossing guard as he makes a turn.
Police commented online that the "bump" occurred at timecode 1:23 on the video. Arundel.News is publishing the video so that people can decide for themselves. Most likely, Hernandez will be forced to present his case in court. Arundel.News will report any updates on this case provided by the Anne Arundel County Police Department. Read the original story below.
Original story 9/9 - A man is facing assault charges after police say he struck a crossing guard on Shetland Road and Tam O Shanter Glen in Glen Burnie. The incident happened around 8:45 AM on 9/9 as children were walking to school in the area. According to Anne Arundel County Police, the victim was crossing three children over the intersection, when the suspect became upset at the brief stop in traffic. 32 year old Joseph Hernandez of Glen Burnie was in such a rush, he drove his Blue Tesla directly into the intersection before the cross was complete. The victim says he headed straight for her before allegedly hitting her leg and driving off. She was able to get a tag number, that allowed officers to locate and arrest Hernandez. The crossing guard suffered a minor injury during that incident. Read the full release of information from Anne Arundel County Police below:
"On September 9, 2021, at approximately 8:45 a.m., officers responded for an assault of a Crossing Guard at Shetlands Lane and Tam O Shanter Glen in Glen Burnie. A Crossing Guard with the Anne Arundel County Police was working her school crossing assignment, wearing the Anne Arundel County Crossing Guard uniform and a fluorescent yellow vest with a blinking red light when she stopped traffic on Tam O Shanter Glen to allow three elementary students to cross the street. An impatient driver then assaulted the crossing guard by driving his vehicle toward the crossing guard, intentionally striking her leg, causing a minor injury. The driver then fled in a blue Tesla.  An officer was nearby and was able to note the license plate number of the vehicle. The investigation led to the identification of the suspect, who was charged on an arrest warrant which was later served.
Arrested:
Joseph Hernandez
32-year-old
Glen Burnie, Maryland