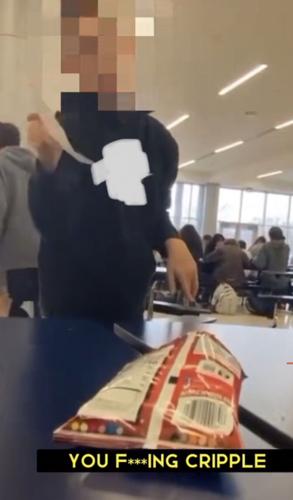 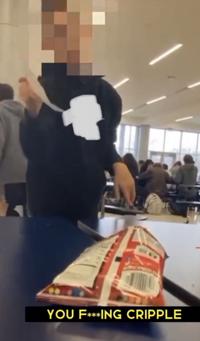 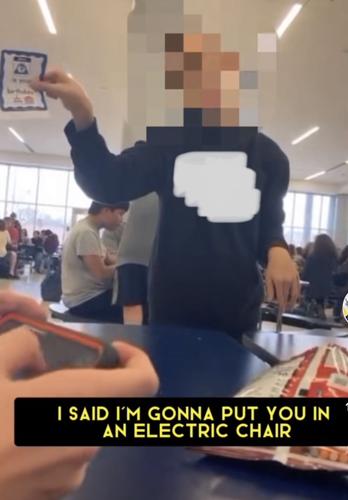 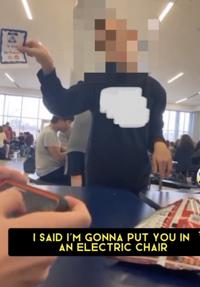 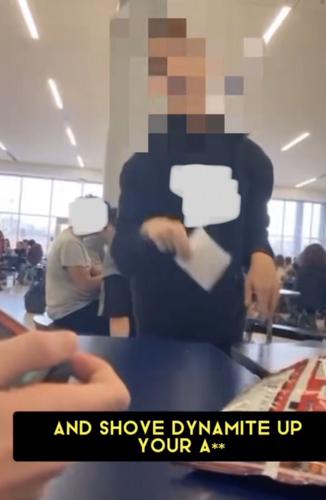 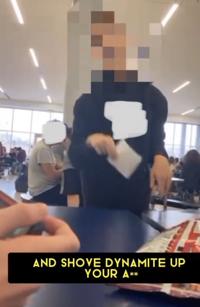 Severna Park, MD (Arundel.News)- A video showing a Severna Park high school student bullying and threatening another student with special needs during a lunch time incident is sparking outrage on social media and in the community. According to the school, administrators became aware of the video on January 10th, when it was anonymously air dropped to both students and school staff.

In that undated video, a student can be seen approaching a table of students in the cafeteria with a flyer. As he attempts to show the flyer to the teens, one of the students threatens to beat him up before calling him a racial epithet. Despite another student asking the bully to “chill”, he continues to refer to the victim as a “cripple” in addition to other racial slurs. When the victim moves away to talk to a different student, the bully repeatedly tells him that he is going to “put you in an electric chair”, before ultimately threatening to “shove dynamite up your a$$.”

In response to the video, the school released a statement strongly condemning the incident. In that statement, principal Abruzzo says that she will take aggressive and appropriate actions against any student who engages in “such activity.“ The letter doesn’t mention if the students involved have been identified, but encourages parents to talk with their kids about bullying and to report any details about the incident Which is currently being investigated.

The letter goes on to say that counselors will be on hand for students to discuss the incident and or any other situations that made them feel unsafe.

Link to letter from principal on incident at Severna Park High School.

Arundel.News and AAFA have made the editorial decision not to share the video in its entirety for several reasons. The first being is that the students are minors. That said, we feel that sharing the video will potentially lead to further bullying of the two children involved. Therefore, we will only share screen shots that represent the incident for accuracy. The video is widely available on other outlets. Arundel.News and AAFA want to be clear that we do not condone bullying, especially in regards to children. The purpose of this report is to raise awareness and accountability. Every single reader can recall a childhood memory of an event that later became a learning lesson in how to be a better human and do better as a member of the community. Let us look to those lessons as we speak to our children about this incident and bullying. That is the challenge Arundel.News and AAFA are presenting you with upon reading this article. Talk to your kids about how to treat others and then lead them by your example.