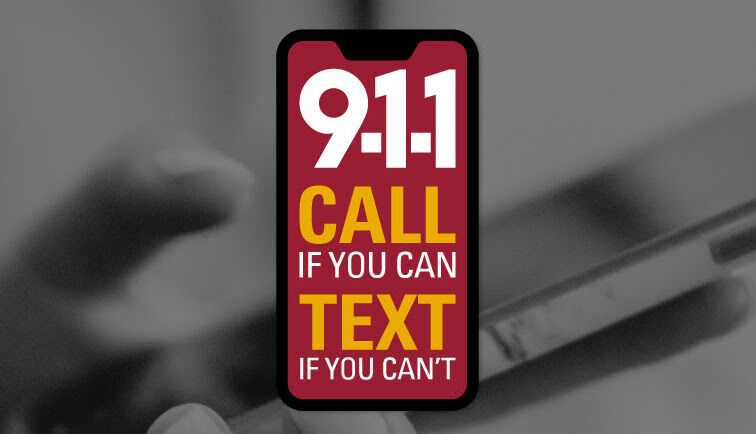 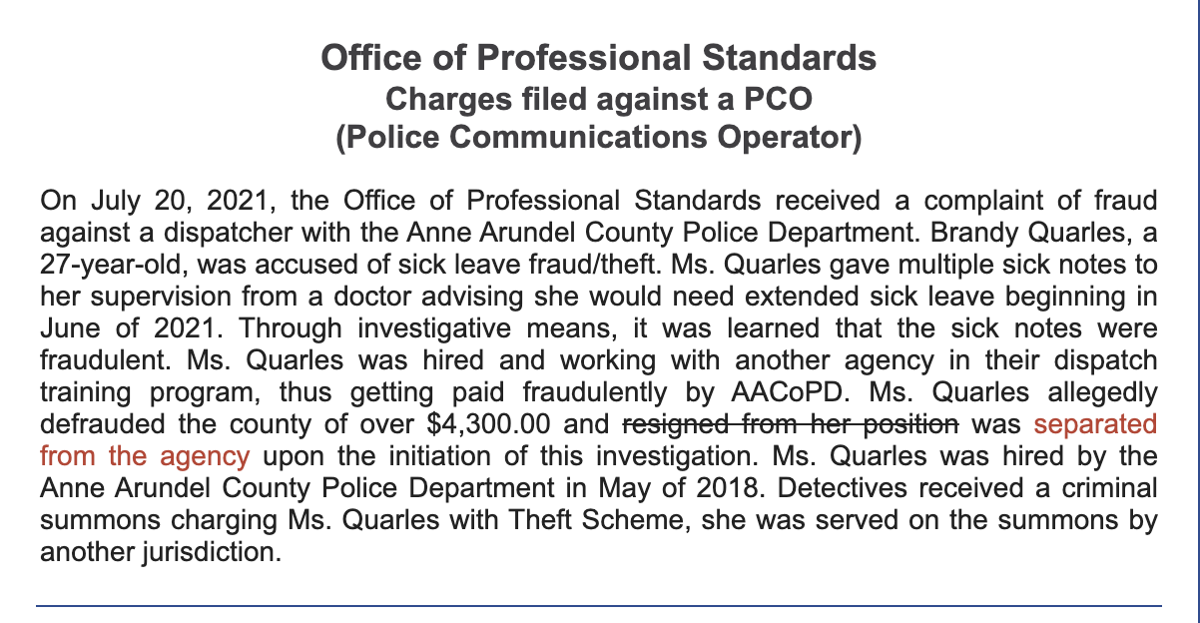 Millersville, MD (Arundel.News & AAFA)- A former police dispatch operator for the Anne Arundel County Police Department will face felony theft charges after being caught training for another agency while on the county's dime. 27 year old Brandy Quarles of Cumberland, MD is accused of using paid sick leave to train as a call dispatcher for another department. According to Anne Arundel County Police, its office of Professional Standards began an internal review following a complaint about Quarles. Investigators discovered that Quarles fraudulently collected $4,300 in paid sick time for days she trained as a 911 call operator for a different department not named in the release. She reportedly used fake doctors notes to get out of working for Anne Arundel County's dispatch center. The fraudulent documentation from a "doctor" stated that Quarles required medical supervision and an extended period of time off from work. During that extended time away from the Anne Arundel County call center, Quarles allegedly worked and trained for the new position she accepted while still employed for the county.  She has been an employee of Anne Arundel County since 2018.

The original statement issued by Anne Arundel County Police, said that Quarles resigned her position once the felony investigation began. A redacted version of that release was later issued stating that Quarles "was separated" from the agency.

Court documents show that Quarles was served a summons to appear in district court to face those felony charges for a "theft scheme of $1,500 - $25,000".  She is the second Anne Arundel County emergency dispatcher to be charged with a criminal offense in recent days.

See the full release of information from the Anne Arundel County Police Department on the charges against the former 911 operator in the photos.