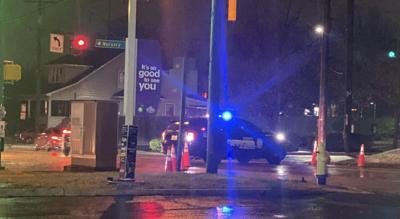 LINTHICUM, MD - A person remains in critical condition at Shock Trauma in Baltimore, after being struck by a pick-up truck near the Anne Arundel/Baltimore County line.

Authorities say the investigation revealed that a pedestrian was walking in the travel portion of southbound Baltimore Annapolis Blvd near Lake Front Drive when he was struck by a 2006 Ford F-150 pick-up truck.

The driver was identified as, Ernest William Tester, Jr., age 62, from Baltimore. He was not injured in the incident. Police say, preliminarily, pedestrian error is believed to be the primary cause of this crash.

The crash is currently under investigation by the Traffic Safety Section.