You are the owner of this article.
Edit Article Add New Article
You have permission to edit this article.
Edit
Home
LIVE Traffic
News
Weather
Sports
TV/Radio
Announcements
Classifieds
Real Estate
Share This
1 of 5 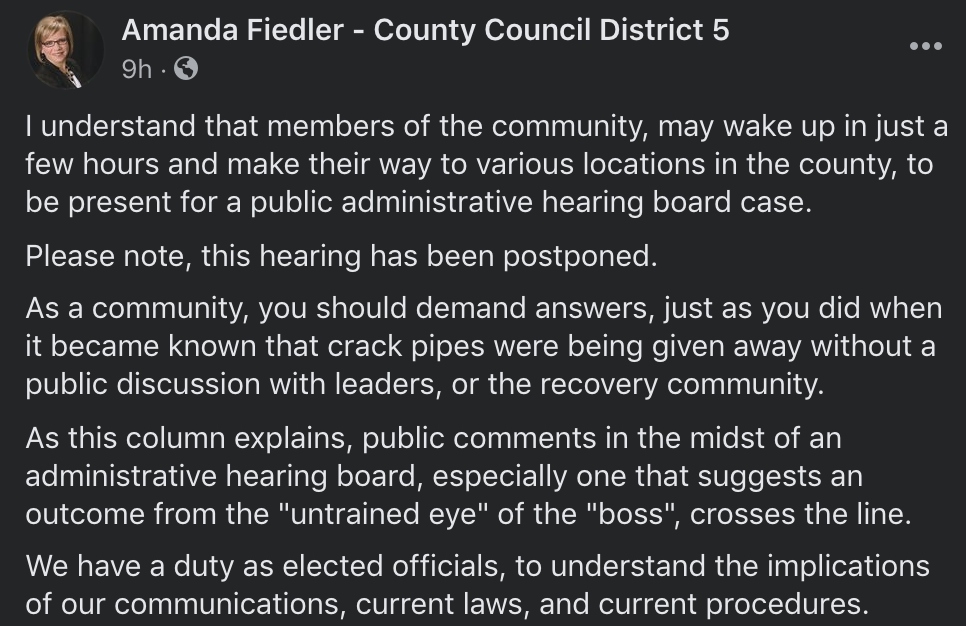 Annapolis, MD (Arundel.news & AAFA)- Anne Arundel County's Health Department will hold a special advisory meeting with local community leaders from The Caucus of African American Leaders of Anne Arundel County this week to discuss harm reduction services.  At issue is a highly controversial outreach program that provided glass pipes in a drug paraphernalia kit typically used for smoking crack-cocaine and other narcotics like fentanyl and meth. The kits were distributed in the Eastport Terrace neighborhood of Annapolis, according to Carl Snowden, Convenor of the Caucus of African American Leaders. In a call with Arundel.news, Snowden said the kits were intended to be distributed in Brooklyn and Annapolis, but were only handed out in Annapolis. Snowden says a community member who is a recovering addict, brought the program to the attention of local leaders out of concern for the message it was sending residents battling drug addictions. Snowden says the Caucus immediately requested a meeting with the Anne Arundel County Health Officer, Dr. Nilesh Kalyanaraman to discuss concerns over the paraphernalia kits. The Department of Health confirmed to Arundel.news that it stopped including the glass pipes in the kits following a decision by Dr, Kalyanaraman after his meeting with the Caucus.

According to a statement issued to Arundel.News from The Anne Arundel County Department of Health's Public Information Director, Elin Jones, harm reduction services began including outreach on the street level in 2019 through AA Power.  Other services in place since 2014 include:

Jones added in her statement to Arundel.news: "The Syringe services program, including clean syringes and needles and the safe disposal containers for needles and syringes have been ongoing. Last week the only change was adding pipes as part of the safer smoking kit to prevent wounds, burns and infection transmission, and this was the only part that was discontinued."

When asked about working with the Caucus African American Leaders Of Anne Arundel County, Jones tells Arundel.news that the County's Department of Health "will evaluate our current relationships with the neighborhoods where we operate, and we will assess what changes are needed to strengthen communication."

One thing that seems clear in hindsight, handing out crack pipes in Anne Arundel County wasn't received well. AA Power, formed by the County in 2019, was created to provide various services like education and street outreach to those struggling with addiction. The County is also acknowledging that community input needs to play a larger role in the implementation of health department outreach programs. During his weekly press briefing, County Executive Steuart Pittman told reporters that while he supports harm reduction programs, he feels including crack pipes in kits was "a stretch". Pittman also said that he believes the health department should be listening to community concerns when rolling out new programs and services. Listen to Executive Pittman's full comments on harm reduction programs and the County's decision to stop including crack pipes in the street kits by clicking the box on the upper left of this article.

Local leaders took to their social media to express frustration and dismay over crack pipes being handed out in the community. Carl Snowden wrote, "It is important that the community keep a wary eye on government." Amanda Fiedler, Councilwoman District 5 urged the community to demand answers, "Crack pipes were being given away without public discussion with leaders or the recovery community."

Jessica Haire, Councilwoman from District 7 says she has many questions for the Department of Health and called "distributing the crack pipes a terrible idea."

Councilman Volke posted on his page, expressing concerns that County taxpayer dollars are being spent on the crack pipes, asking "What is happening to our county ?"

Arundel.news will be following up on the advisory meeting between the Department of Health and the Caucus of African American Leaders Anne Arundel County to provide updates on their progress as they become available.

Councilmembers Lisa D. B. Rodvien who represents district 6, where the kits were handed out, made no mention of the controversy on her social media site.  Sarah F. Lacey district 1, is the Anne Arundel County Council Chairperson. She did not address the matter on social media either. As mentioned above, the Council will have the opportunity to ask questions directly to the County Health Officer next month when Dr. Kalyanaraman will be in front of the entire group for a special meeting.

New campaign showcases Only in Pittsburgh attractions to drive visitation

Powering Up Your Backyard: The Right Equipment

A simple guide to finding the best grill for you

The dramatic impact of light on health, mood, focus and more

One nurse’s message to sickle cell disease patients during COVID-19: Get the care you need and deserve

Here's What Students Should Know Before AP Exams This Spring

5 things parents should look for in a children's mobile app

3 tips for the best summer vacation this year

What every parent should know about autism

Explore the Next Generation of Immune System Support