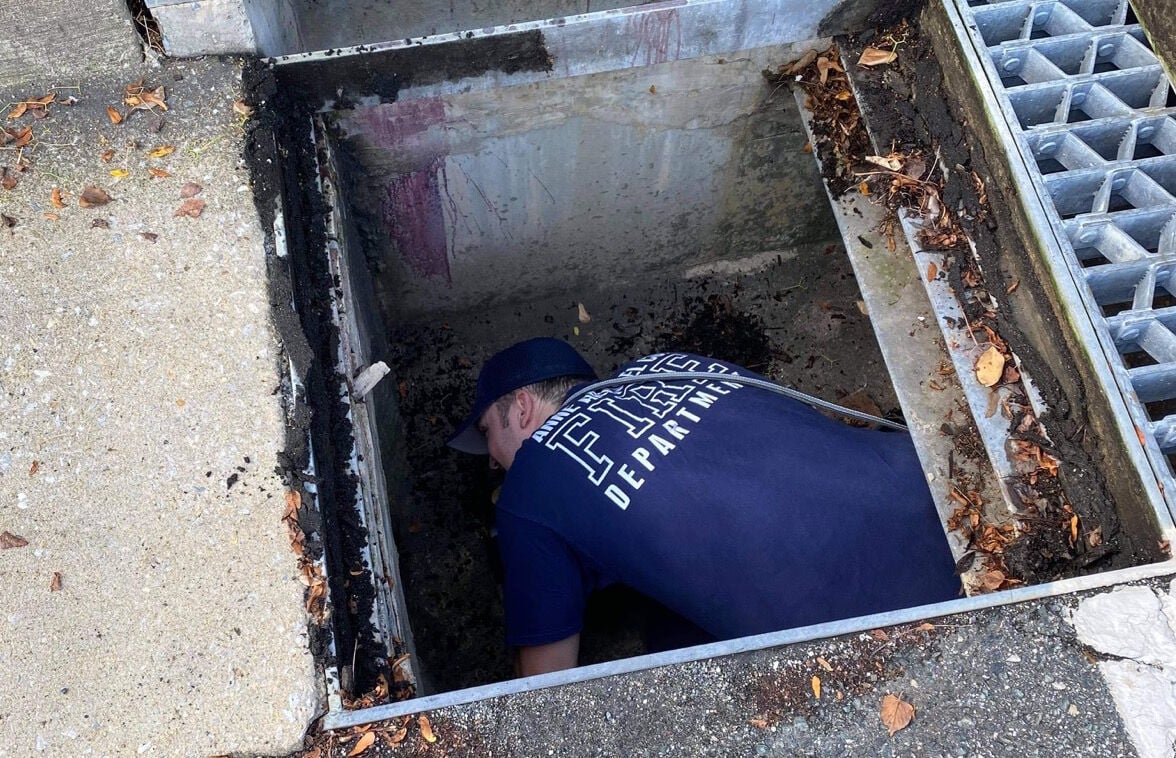 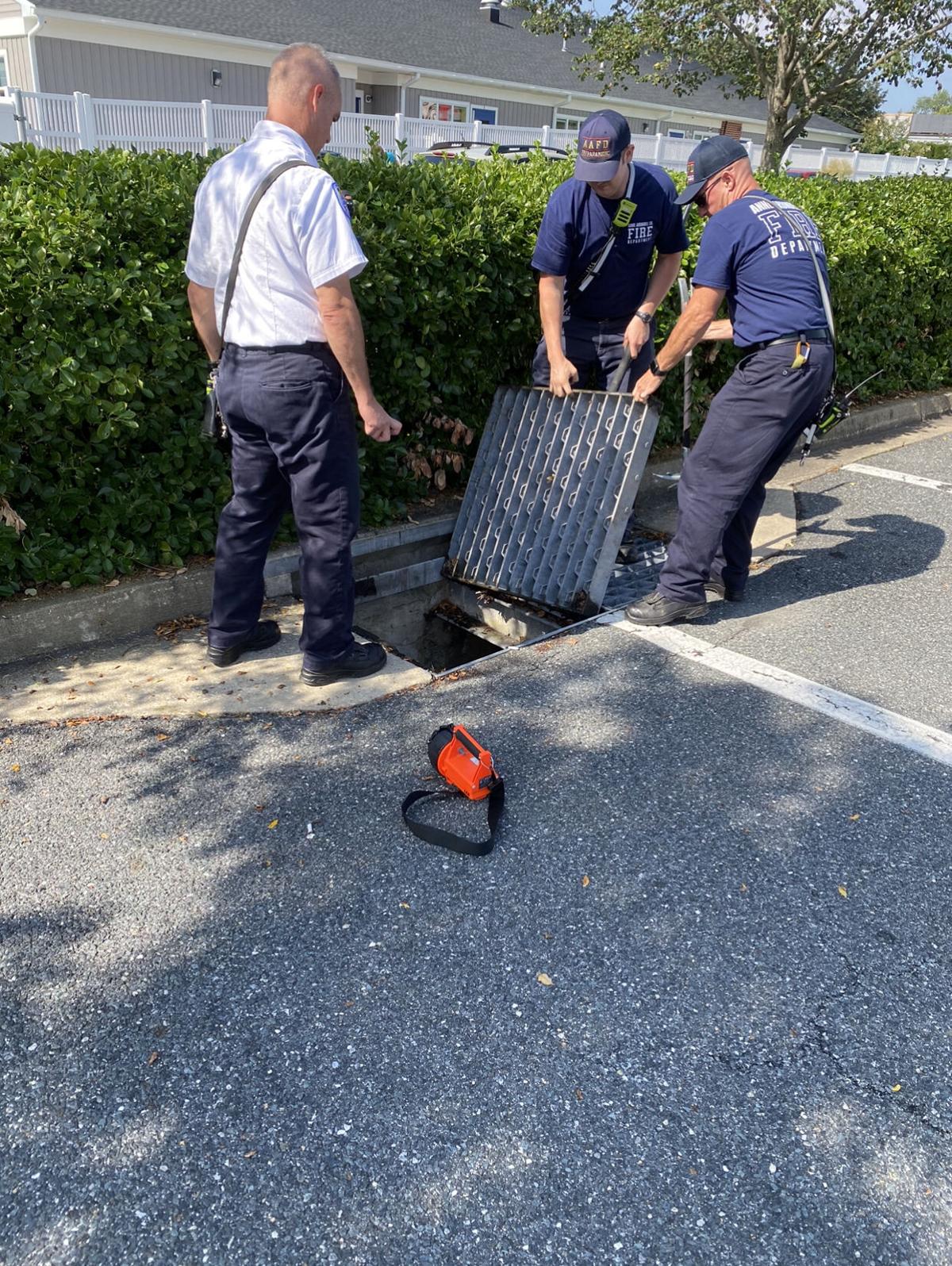 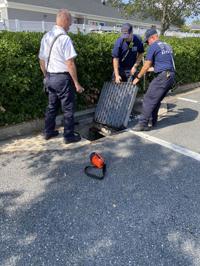 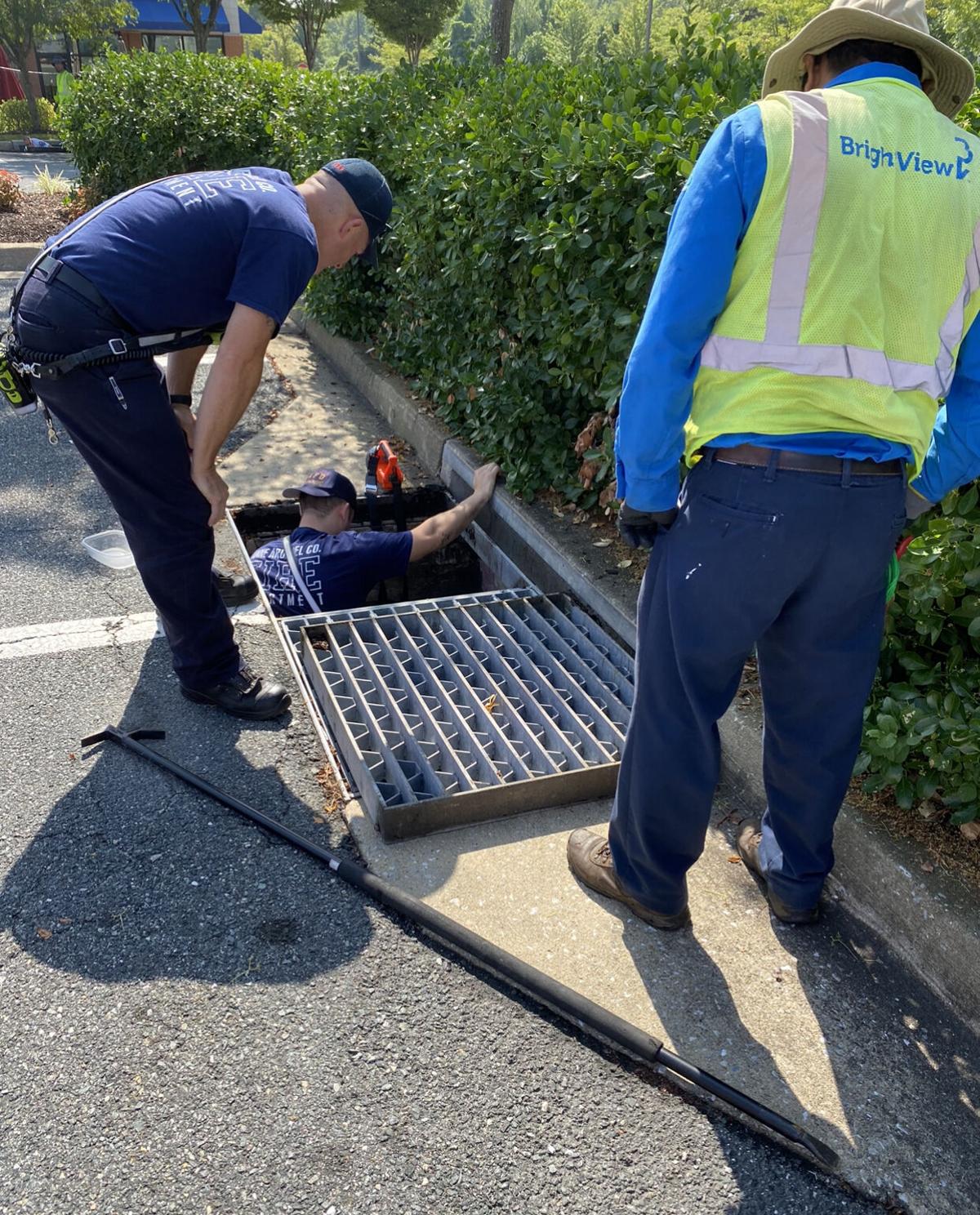 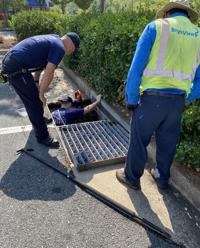 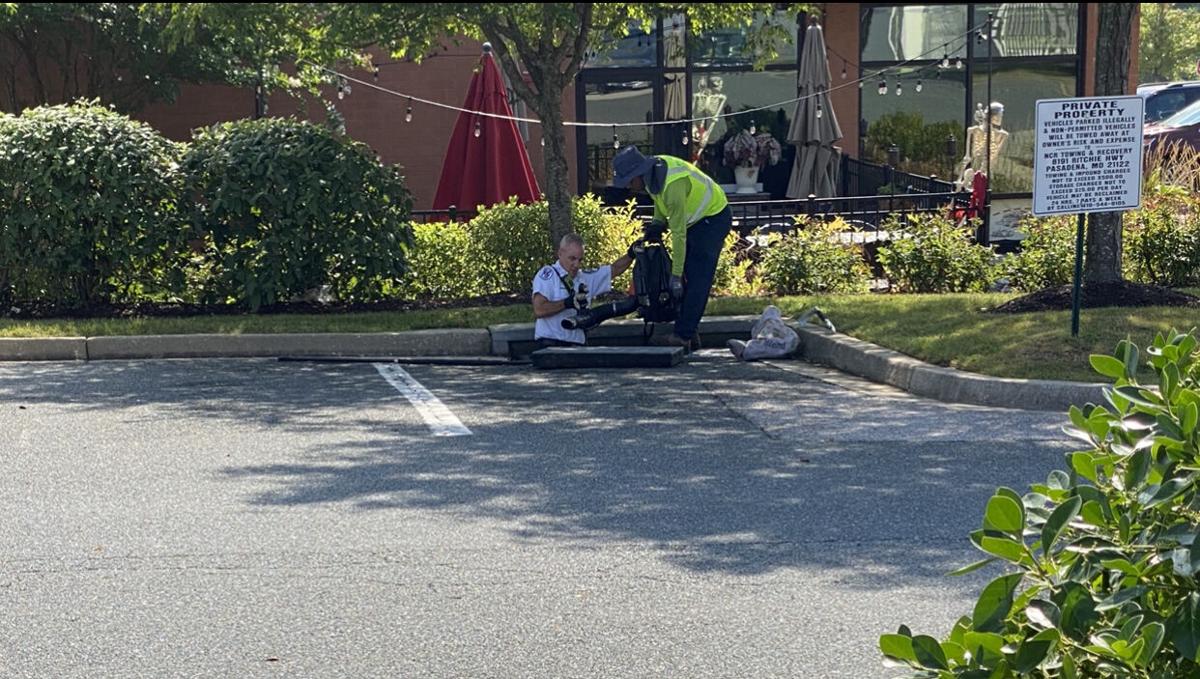 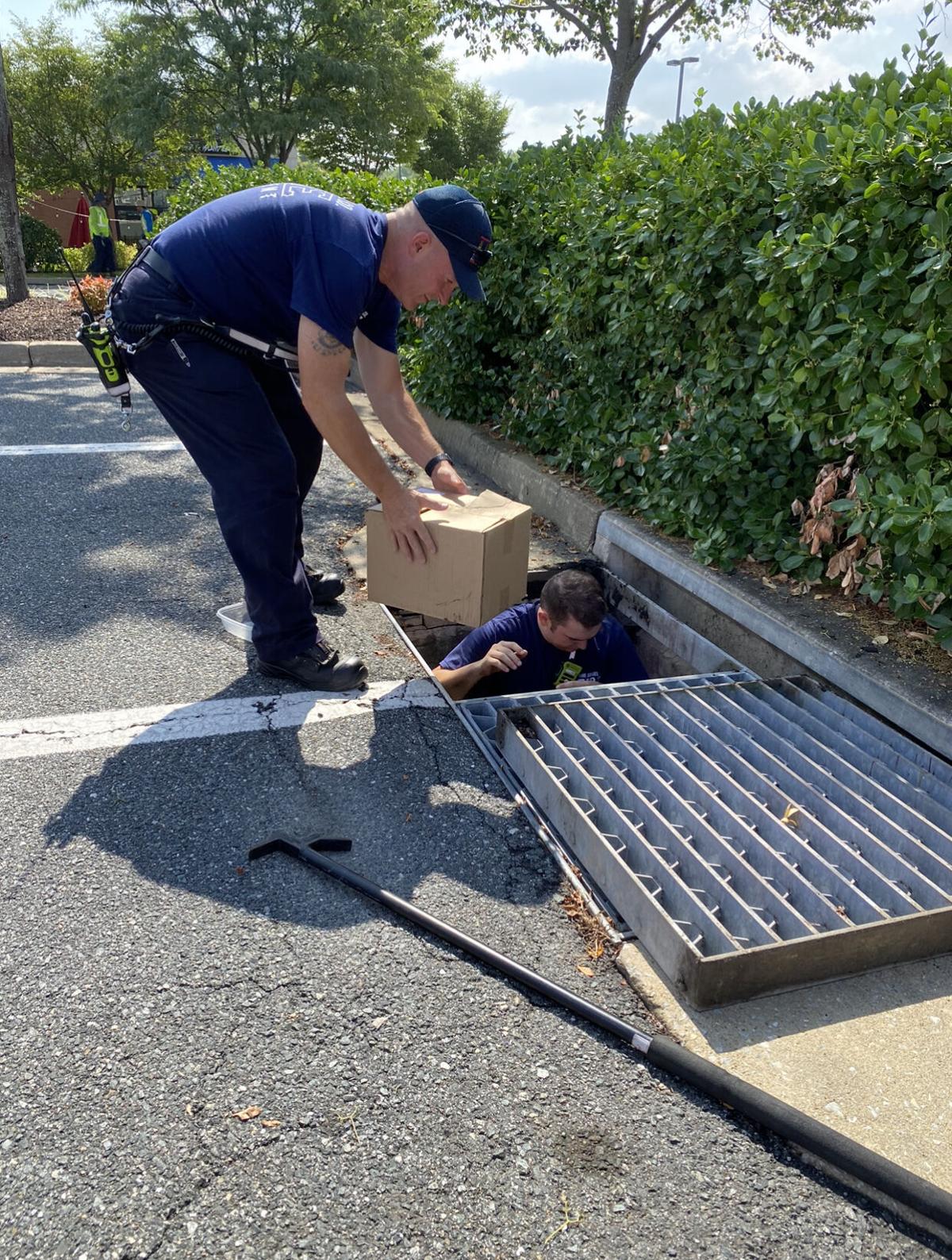 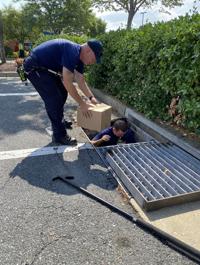 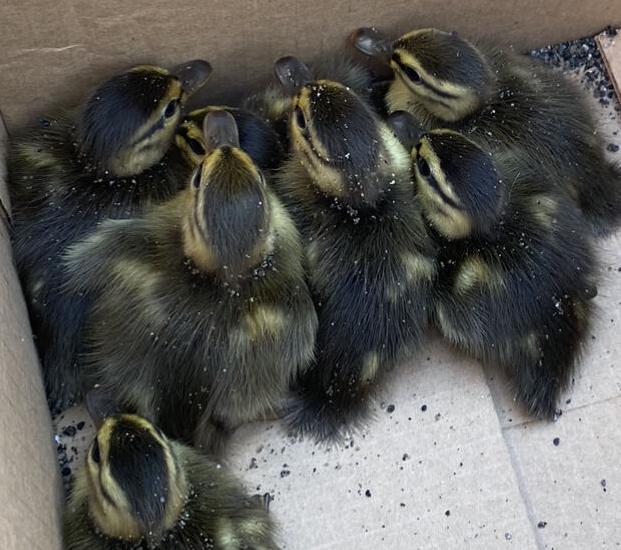 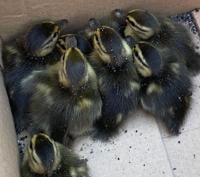 Pasadena, MD (Arundel.News & AAFA)- A family of ducks is recovering in their natural habitat once again, after being rescued from a storm drain in Lake Shore. The rescue op began when Anne Arundel First Alert received a tip from a concerned citizen who heard the chicks calling out from inside a large storm drainage area. The women called around trying to get assistance, but that can be a confusing process. First they tried Anne Arundel County Animal Control, who referred them to Maryland Department of Natural Resources since it was a wildlife issue, not a domestic animal. Ultimately, the Anne Arundel County Fire Department was first to respond to the scene. Firefighters say they have been to this location before, and they were very upfront about the possibility that the chicks might not be reachable. A heavy metal grate covers the drain, making it difficult to get access to the brood. Meanwhile, mama was calling and canvassing the area trying to get to her babies. It was obvious that she was in great distress and was clearly exhausted. Several passing cars nearly hit the mother duck as she flew low around the parking lot area desperate to find her family. After about 45 minutes, the tired animal simply laid down to rest in a parking spot next to our vehicle.

When firefighters from the Jacobsville station arrived on scene, they removed the grate where the ducklings had been spotted earlier. Using a light, one of the firemen was able to see the chicks huddled inside of the dark drain pipe area. As soon as he shined a light on the ducks they began chirping loudly. Cue mama duck ! Clear the landing zone !

During the rescue op, a landscaping crew happened to be maintaining the parking lot. That's when the firefighters had an idea !  They approached the landscaping crew, who were eager to assist. Using a leaf blower, firemen forced air through one side of the drain pipe to push the chicks closer to the opening on the opposite side of the parking lot. Success ! The ingenious idea worked ! The crew told Arundel.News that while they have rescued other broods from the area, this was the first time a leaf blower assisted in their operations.

After getting all but two of the ducklings to exit the drainage area, the freed chicks were returned to the banks of the retaining pond, where mama was anxiously awaiting their arrival. As soon as the landing gear came down, all the ducklings lined up in a row and went home. The end.

We would like to extend a very special thank you to our subscribers and the crew on Anne Arundel County Engine 94 who responded to this call. Not every rescue is such a happy ending.

Duckling Brood Released Back To Retention Pond Where They Live