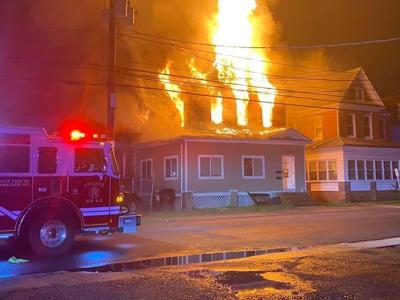 CAMBRIDGE, MD - Firefighters were called to the 400 block of High Street around 12:30 A.M., Thursday (4/1/21), for the reported house fire. When crews arrived they found the structure to be well involved in fire. Additional alarms were sounded, bringing much needed equipment to the scene.

In all, three alarms worth of equipment responded to the fire, with at least one fire fatality confirmed (see update below). Fire Marshal teams were called to the scene from both Maryland and Delaware, including "Billy" the K9.

The fire remains under investigation. The identity of the victim has not been released.

UPDATE - The Maryland State Fire Marshal is now reporting three people have died in this incident. Including an eight year old child.

Officials say, now is the time to have an escape plan in your home. Working smoke alarms and having a good escape plan could save your life and the lives of your family.

Photo's courtesy of the Maryland OSFM