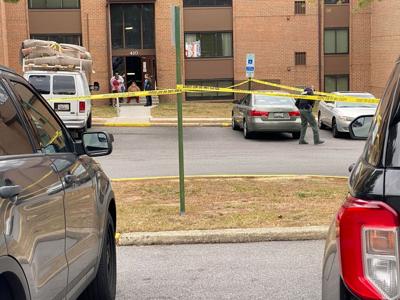 GLEN BURNIE, MD - The Anne Arundel County Police Major Crimes Unit is investigating a homicide that was reported on Wednesday, December 29, 2021 in Glen Burnie. Police say they received the call around 12:40 p.m., sending officers to the 400 block of Hideaway Loop in Glen Burnie, Maryland, for a reported shooting.

When officers arrived they discovered an adult male, 21-year-old Jordan Adam Marroquin-Pereira, of Glen Burnie, suffering from an apparent gunshot wound(s). Unfortunately, lifesaving efforts could not revive the male, and he was pronounced deceased at an area hospital.

Evidence recovered from the scene indicates this was a targeted incident, and there is no known ongoing threat to the community. Through investigative means, detectives identified 18-year-old, Paul Pedro Rodriguez of Millersville as a suspect in this investigation.

Rodriguez was taken into custody Thursday (12/30) morning without incident, his charges include first and second-degree murder. This is still an extremely active investigation and detectives urge anyone with any information to contact them at 410-222-4731. Additionally, individuals wishing to remain anonymous are asked to call the Anne Arundel County Police Tip Line at 410-222-4700 or Metro Crime Stoppers at 1-866-7LOCKUP