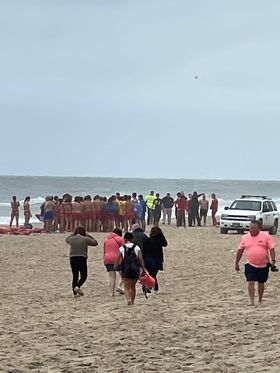 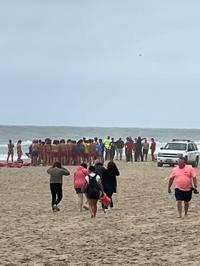 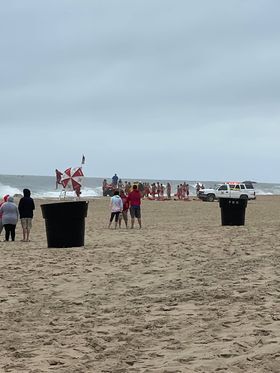 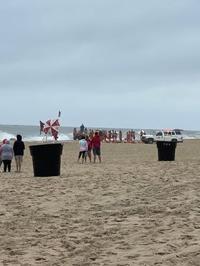 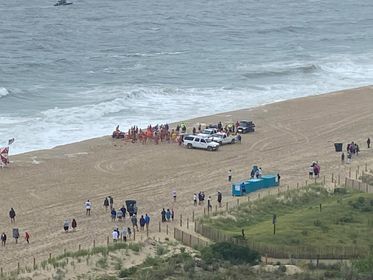 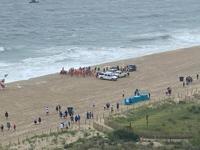 Ocean City, MD (Arundel.News & AAFA)- Updated 10:30 AM: Ocean City Beach Patrol says it is aware of multiple swimmers who were in distress near 112th Street on 8/4/21. One of those swimmers, an unidentified 17 year old male, is from Annapolis, Maryland. The search continues for that swimmer today. Arundel.News will provide additional updates as it is appropriate to do so.

Despite the deployment of a Coast Guard helicopter, boats, rescue swimmers and the Ocean City Beach Patrol, a 17 year old male is still missing. According to the Ocean City Fire Department, they were called to the beach near 112th street on Wednesday 8/4/21 for a reported missing swimmer. Videos and photos sent in to Arundel.News and Anne Arundel First Alert show how dangerous conditions were for lifeguards as they searched the waters where the youth was reportedly last seen. The teams can be seen forming a human chain with their rescue buoys as they were repeatedly slammed by the dangerous surf. It also appears from those videos, that a heavy rip current was inhibiting the rescue effort of the lifeguards. Due to the precarious conditions, a Coast Guard team of boats and rescue swimmers assisted with that operation, as the OCMD lifeguards were ordered to retreat back to the safety of the shore.

Arundel.News will update this story as new information becomes available.

Fall Tips to Kick Start the Financial Road to College

Reduce Your Risk of Falling by Taking These Simple Steps

Skin Care Tips for When Sun Season is Over

5 creative ways to transform your kitchen

5 tips for a pet-friendly outdoor space

Getting Back on Course: What One Survivor Wants You to Know About Sudden Cardiac Arrest